Why does my liver reflex hurt?

During a foot, hand, or ear reflexology session it is common, and expected, to experience what we reflexologists call areas of sensitivity. An area of sensitivity might feel tight, crunchy or granular, sharp, or dull. When I use a specific finger and thumb technique over the area it might be sore but feel really good to have the area worked on, or it could feel sharp and make you want to pull away from the pressure technique. Neither responses are bad or good, they just give us feedback that there’s something happening in this area or the corresponding region of the body. My colleagues and mentors, Barbara and Kevin Kunz, coined the term stress cue. When we come across an area of sensitivity it’s a clue that there’s some kind of stress going on, either in the soft tissue of the area being directly worked on, or in the corresponding region of the body.

As you can see it takes up a goodly portion of the middle of the right foot! It is generally thumb-walked with passes made both horizontally and vertically moving lateral to medial and back and proximal to distal and back, but I may also use finger-walking and other reflexology-specific techniques over this reflex area.

Why does my liver reflex hurt?

We have two possibilities for why a reflex area may be sensitive when worked on: 1.) the area directly being worked on is under stress, 2.) the corresponding region of the body is under stress.

Let’s first explore why these regions of the feet could be bothering you. Lifestyle plays a major role in the tone and proprioception of the feet. Those of us who spend most of our day seated will experience a shortening in the muscle and tendon groups in the backs of the legs running from the buttocks to the heels. Have you tried to bend over to touch your toes after an 8-hour work day at the desk and barely make it to your shins? That’s going to cause a subtle increasing tug on the arches of the feet, as pictured right. The anterior transverse arch runs right along the top part of the liver reflex area on both feet. When one arch is experiencing dysfunction all three arches are affected.

Another possible explanation for stress to show up in this region of the foot comes from structural alignment affecting the ankles. This could be one hip sitting higher or tilted more forward than the other, an old knee injury, being overweight, or from improper footwear. The image to the right depicts:

When the biomechanics of movement of the leg and foot are changed undue stress forms where muscles, tendons, ligaments, and joints are under- or over-performing.

As a reflexologist I do a visual assessment of your gait and the way you move your body from the moment you walk in the door. I may be asking about your day, commenting on the weather, and checking in about your wellness but I’m also noticing that your right shoulder is a little closer to your ear lobe than your left, or that your left foot is pivoted outward causing extra strain on the foot, knee, hip, and shoulder. I won’t be surprised to find some stress cues going on in corresponding reflex areas and I might even mention it out loud that I’ve spent extra time on the shoulder area reflexes because it looked a bit tight walking in.

Now, it could still be that the area of sensitivity is pointing to stress in the liver so let’s explore what that looks like. In Traditional Chinese Medicine, or TCM for short, the liver regulates flow of qi, or energy, and blood through the body. When external and internal stressors affect the energy of the liver we see patterns like the following:

What does the liver actually do? Most of us know it is implicated in hang overs but what is it’s job? Well, to start the liver and gall bladder work together to produce bile which helps us break down foods in the digestive tract. And you’re correct, it plays an important role in metabolism and detoxification of foods, drugs, hormones, alcohol, supplements, environmental pollutants, and so forth. The liver also acts as a warehouse for glycogen (our fuel source), vitamins, iron, and other micronutrients. It works in conjunction with the pancreas to ensure that our organs and muscles have enough fuel to function optimally.

Why your liver reflex hurts

In short, your liver reflex could be sensitive or even painful if you:

Now you’ll know what’s potentially going on in that reflex area next time it is sensitive in a foot reflexology session! Please feel welcome to make use of the comments section to share experiences or feedback. Need a reflexology tune-up? Head over to the online scheduler and book today! 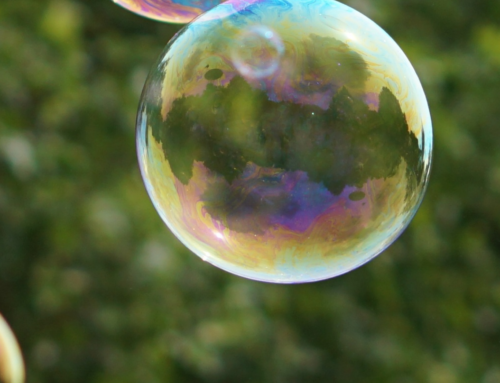 Covid is airborne, open a window

How to Test for an Essential Oil Allergy Gallery

How to Test for an Essential Oil Allergy